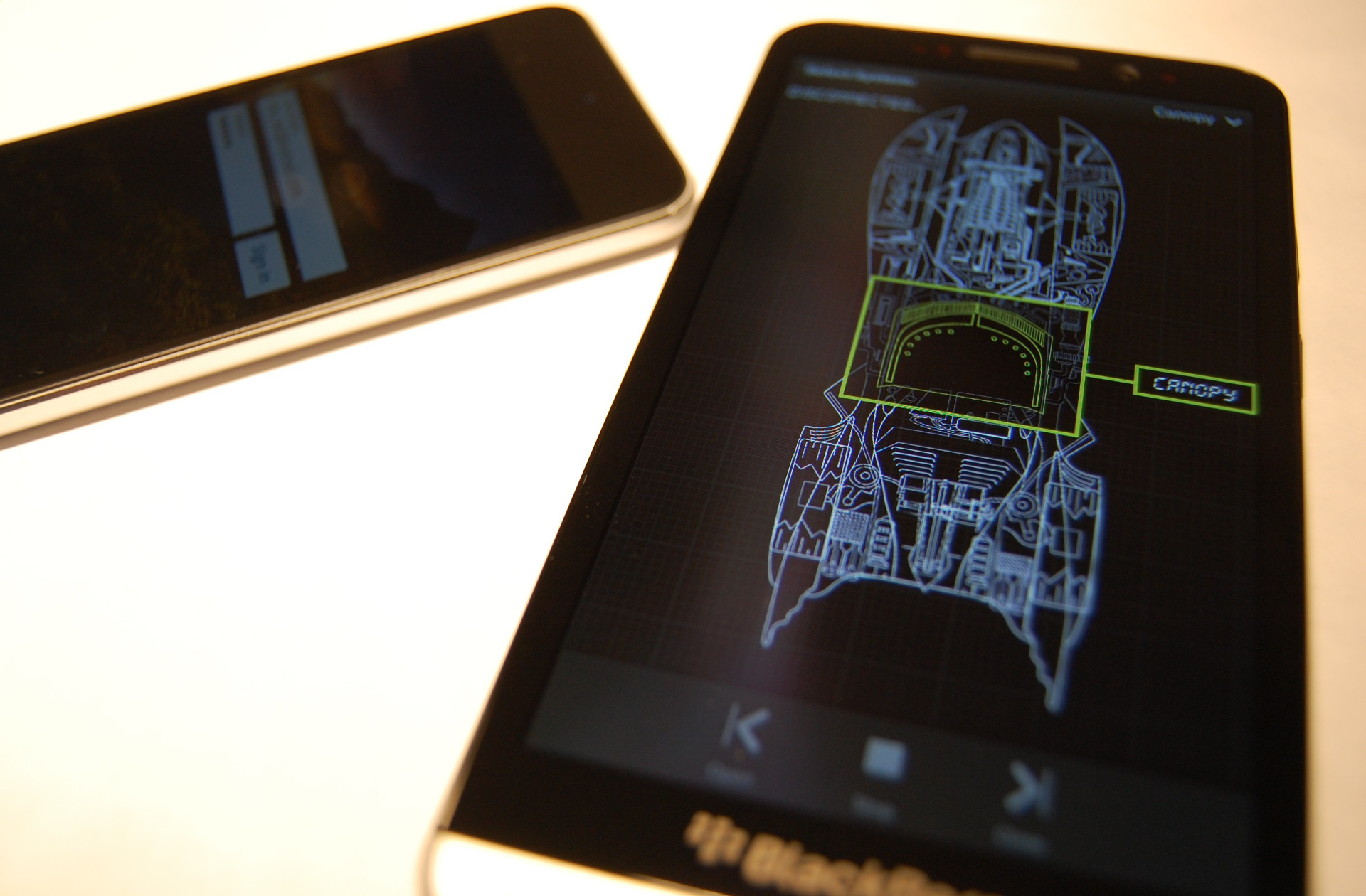 Connected Cars to the Batmobile with Tim Neil

Tim Neil, currently the owner and operator of Workshop 12. Prior to starting Workshop 12 he’s spent over 15 years in mobile software development. The last 9.5 years of that time was spent with BlackBerry and he recently resigned from his role as Director of Application Platform and Tools Product Management.

After spending many years in the world of mobile technology, and also many years car building and fabrication, Tim decided to bring the two of them together and form Workshop 12.

1. Tell us about all the technology aspects of the BatBerry. (From mechanical to connected technology)

The BatBerry is a very interesting project since it brings many different types of technologies together. Whether they be good old fashion car building or adding some different more modern touches.

From a mechanical standpoint the car is pretty straight forward, but I’ve decided to add a few extra bits to the car. Most of those mechanical additions come in the form of linear actuators to automate different parts of the car. I have one actuator that opens the canopy so that passengers can get in and out of the car, two actuators that raise and lower the 30 Cal replica machine guns, and then two which open the bat-disc doors on the side of the vehicle.

The actuators are pretty simple and operate in different directions based on the polarity of the current. So all you have to do is reverse the polarity and they operate in the opposite direction. Another great thing about the actuators is that they have limit switches on both ends of their movement so that you don’t burn out the motors.

Even the suspension is adjustable electronically on an Air Ride system where I have 3 different ride height pre-sets.

I wanted to be able to bring all of these systems together and control them both from both inside and outside of the vehicle. This was accomplished by using an Arduino board with Bluetooth connectivity which is wired into a series of relays. This allows me to run all of my commands/switches through the Arduino board as well as connect to it from my smartphone and control the systems from outside the vehicle via Bluetooth.

2. What do you think of connected automobiles? (How important are they as IoTs?)

I think we’ll see more and more connected vehicles, they’ll just take a little while to become a reality since automotive release schedules are around 5 years in length. We’re starting to now see some of the work car manufacturers were experimenting with 5 years ago.

Most likely a lot of the benefits we’ll see will be fairly transparent to us. These are things like pot hole detection and reporting, traffic speeds & delays, accident reports, vehicle diagnostics sent back to manufacturers and real time software updates to cars without having to bring them into the shop.

They’ll likely fall in the categories of data feeds and convenience.

3. How do you see google’s driverless cars going along?

I think they’re a great experiment into seeing what’s possible. However I think it will be a while before people actually trust the computer driving the vehicle. There are a lot of “what if” scenarios that a human brain can deal with that may not yet be covered by that technology. Notice I used the word “yet”.

Coming from a city with some of the worst traffic in the world (Toronto, Canada) it has been proven time and time again that if traffic actually moved in an orderly fashion it would move much quicker vs. people darting in and out causing slowdowns as they “think” they are getting further ahead.

4. What are your views on Tesla Motors?

Tesla has some great cars and great technology. They do have an uphill battle against the oil companies, but have aimed their price points and technology at those whom can afford to help fight that battle. Creating electrical vehicles that can cover long distances and be economical will be the key to longer term popularity.

Charging times simply aren’t that convenient yet. A 5 hour stop to re-charge your vehicle is a little hard to sell to the average consumer. However I think there’s some great ideas around pairing fuel based generators with electric cars or turbo diesel/electric hybrids that give both long range and short range options.

Electric will be the vehicle technology of the future, the question will be when does it become economical and convenient for the everyday commuter.

5. Where do you see Android Auto and Apple’s CarPlay?

While we see these getting some news lately, the technology has been around for a little while now. The branding and marketing for these are starting to ramp up. I’m not quite sure what to think about them yet as the auto software industry is highly regulated on what you can display on the screen of your vehicle while it’s in motion.

My concern isn’t around whether or not the technology works, but more around if the regulations for driver distraction will provide the flexibility that app developers are hoping for. Essentially the car manufacturer is liable for accidents that happen which can be caused when things are on the display of the car. So this means that application vetting of what could be displayed are very strict and not for the faint of heart.

Here is a post that Tim just published on his blog on Digital consoles.

View the Original Article on Emberify