Giddy-up!!  The latest renderings of the rear of the 818X are now available.  There have been a few different treatments done to the rear of the car to see what best fits.  Below you’ll find a bit of the reasoning behind some of the renders and differences between them.  From my perspective I always wanted something that is a bit crazy, so of course I lean more towards the crazy renders than the subtle ones.

First up is the render that is most like the original concept sketches v4.0.   After putting into color, the back felt a little heavy and chunky.  So some time was spent to explore some other design routes that would help make it appear more lightweight. 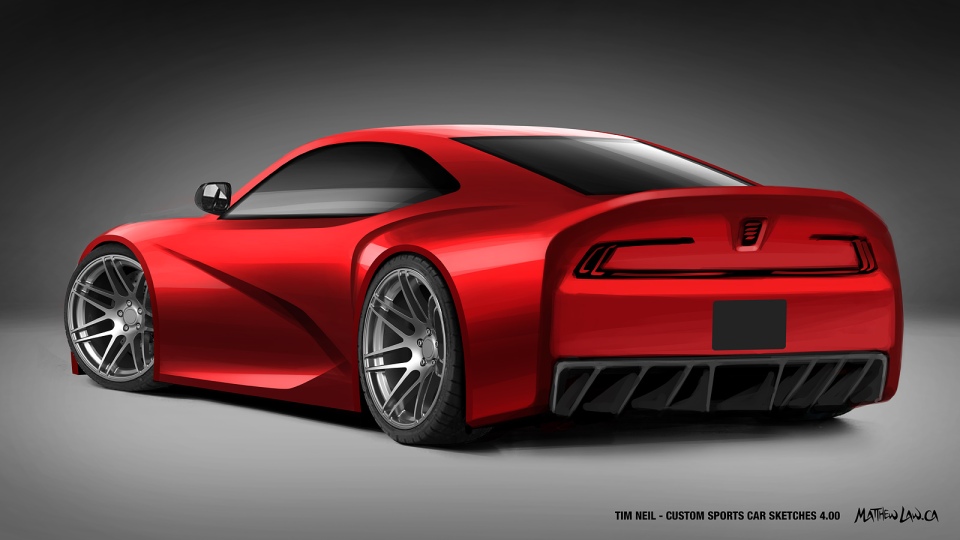 In 4.01 side “spat” in carbon or black were added (just behind the rear wheel, lower area) to reduce the amount of body color.

In 4.02 the entire rear diffuser area was raised, so we see more of carbon/black, as opposed to the body color (whatever that may end up being). Diffuser, fin, canards, are nice ways to make the car look lighter (while being aerodynamically useful).

4.03 and 4.04 are more radical approaches, they look a bit more mechanical and less fluid than the others, but I think that direction looks best. 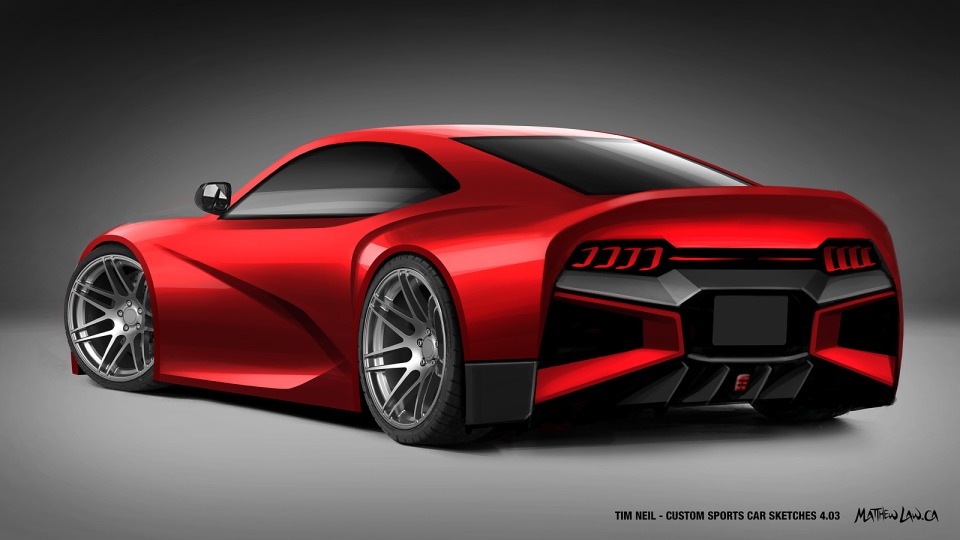 I personally like 4.03 as a pretty radical looking back end, and also a lot of space to vent out air and heat from the mid engine layout.  Next will be figuring out where to go from here.  I’ll keep you posted on further updates as we have more information to share.