It’s Time for a new Adventure

A large portion of the past year has been spent trying to figure out what I really love to do. Which turns out to be that I love to “create”.  That could range from gutting and renovating my new condo, drawing with my daughter, getting back into the gym and moulding my body the way I want it to be, adding tattoos to my body or building unique vehicles.

As you can tell from other blog content I’ve worked many years on creating a very unique Subaru. Others may be familiar with my work in creating a 1989 Batmobile from the ground up. 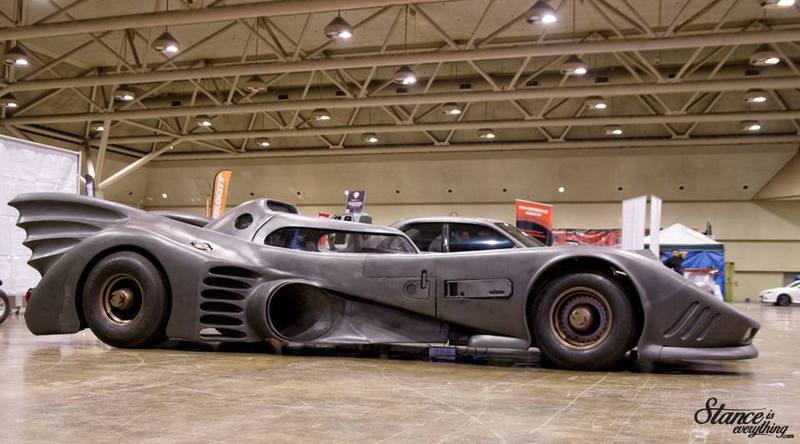 So in this spirit of creativity I’m starting a new adventure of creating my own vehicle design.  I had actually started down this path at the end of 2014 where I was looking to perform coach builds based on top of the C5/C6 Corvette chassis and creating an all new body style for the vehicle.  For those who are not familiar with the term “coach build” it’s basically using the chassis/components/monocoque from an existing production vehicle that has removable body panels as a platform and then creating your own body design on top.

In essence this is the reverse of the Batmobile project.  In that project I had a body shell and needed to fabricate an entire car underneath it.  In this project I will have an entire vehicle platform and I will need to create a body shell to sit on top of it.

The initial project in 2014 was where I first met Matthew Law and started working with him on Corvette designs.  Later that project turned into a relationship with Matt’s company helping us out at Workshop 12 for all of the 3D scanning and 3D designs of in-dash computing units.  Matt’s company has lots of experience with car design, body kits, coach builds and all sorts of wonderful automotive creations.

Now many of my friends will likely have the following questions:

I tend not to concern myself with these questions, because the answer to all of them is I don’t know.  The one thing that I discovered for myself over the last year is to not concern myself with things that I cannot control or predict.  When you try and control and predict “things” they never turn out the way you expect and you end up stressing over everything trying to make your plans/predictions come true.

So instead I start this adventure with only an end goal.  How and when I end up achieving the goal and who I meet along the way is the fun of the adventure.  One of the things I’ve learned about myself is that I don’t fear the unknown, but instead embrace the fact that if I start something that I love, that everything will be ok. So much so, that it was one of my tattoos over the summer.

So… what are the details of this build?

The goal will be to create a new body for the Factory Five 818C kit car.  This kit sells for $11K USD and with a Subaru WRX/STI donor car you end up with a mid engine rocket that only weighs 818 KG. 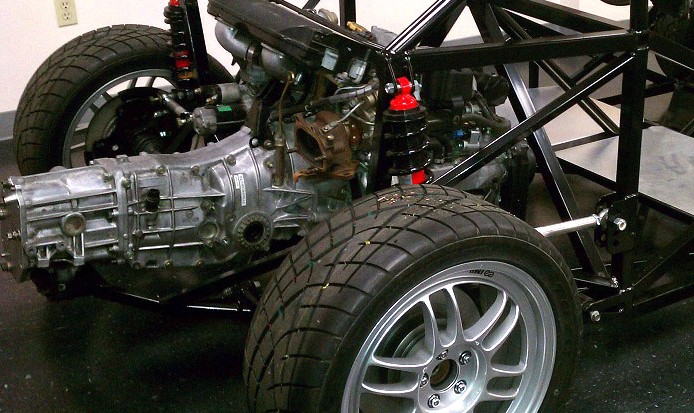 Matt and I have been going back and forth on 3 revisions of concept sketches for the past couple of months.  The goals are to first establish general shapes, lines, design language and proportions and then move to 2D colored renderings that will give more depth and shape to the vehicle.  We currently have a 4th revision yet to iron out a couple last details and then we’ll be moving onto the 2D rendering phase.

If you’re wondering what kind of 2D rendering work Matt does?  Here’s an example of one of his 2D renders for his Scion FRS widebody concept:

To give you a better idea of our general design direction I’ll outline which sketches that we’re leaning towards.

For the front we are going with the bumper and headlight design of “C”.  This design will provide air flow under the license plate area and up through the 45 degree radiator and finally out through the hood vent.  Additional air will also come through the side openings of the bumper.  The headlights will reuse the components from the 818C and we are looking at also adding some LED strips to the front bumper.

For the rear we are working with the design of “D”.  This will be a fixed wing and will likely use the tail lights from a Lincoln MKC for a modern LED look.  The central exhaust may have to change depending on clearance from the transmission, but the goal is to likely have the area between the tail lights and the bottom diffuser be a mesh similar to a Lamborghini Gallardo. 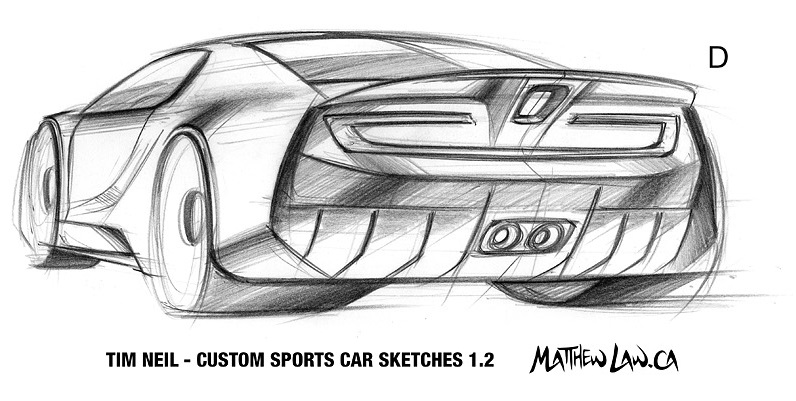 The side profile of the car will be very similar to the design of “F”.  We are going for a fairly sculpted angular look that will provide upper side air inlets to help provide airflow to the intercooler in the engine compartment.  Similar to that of a Lamborghini Murcielago or the new Acura NSX.

We will also be looking to widen the car by about 2 inches per side compared to the concept drawings to give a wide low look with a narrow cockpit.  A hopeful stretch goal will be to see if we can somehow reuse a modified 818C roof/hatch structure which makes windshields and door/hatch glass much easier since no re-engineering would be required.

Like I said, this is going to be an adventure… and who knows where it will take me, who I will meet along the way and how it will all end up.  But all I know is that the only way to follow your dreams is to take the first leap of faith 🙂