In this edition of Inside Brainiac we’d like to pick-up from our last post where we briefly discussed our goals for adding physical buttons to the Brainiac 10.1″ design.  We believe that there’s never a one size fits all solution when it comes to interacting with electronics.  This holds true whether you are holding a smartphone in your hand, using your TV in your living room or interacting with your car.  If you ask 10 different people their preference, you end up with 10 different answers.

The debate gets even hotter when it comes to physical buttons and virtual buttons.  This was a topic of great debate in the smartphone world where “a touch screen would never replace physical keys for typing on a smartphone”.  While there were still people who swore by their physical keyboard there were many who felt that the new innovative aspects of the alternative phone out weighed the touch screen difference.  The key to change was innovation, not physicality.

The same holds true for touch interaction in vehicles.  This is another area where reaching over to a physical button or knob has a certain muscle memory to it.  Many existing touch implementations by car manufacturers have tried to simply replace buttons and knobs that require fine motor skill with small intricate touch screen controls and the result has been a lot of consumer backlash.

Our belief circles back to our original statement of not trying to find a one size fits all solution.  Especially when it comes to transitional technology where drivers have only ever known one interaction paradigm.  But how do we innovate if we’re trapped by the old ways of the past? How do we move forward without losing the benefits and simplicity of existing interaction paradigms?

Our solution is to blend a little of the existing paradigms with some new innovative interaction methods that bring similar simple movements which invoke muscle memory using a touch screen interface.   This is achieved by utilizing interactions that have started working their way into our subconscious from using smartphones and tablets.  We’ve been working on some simple interactions where the driver can reach over to the screen without looking and use some simple gestures to perform common tasks. 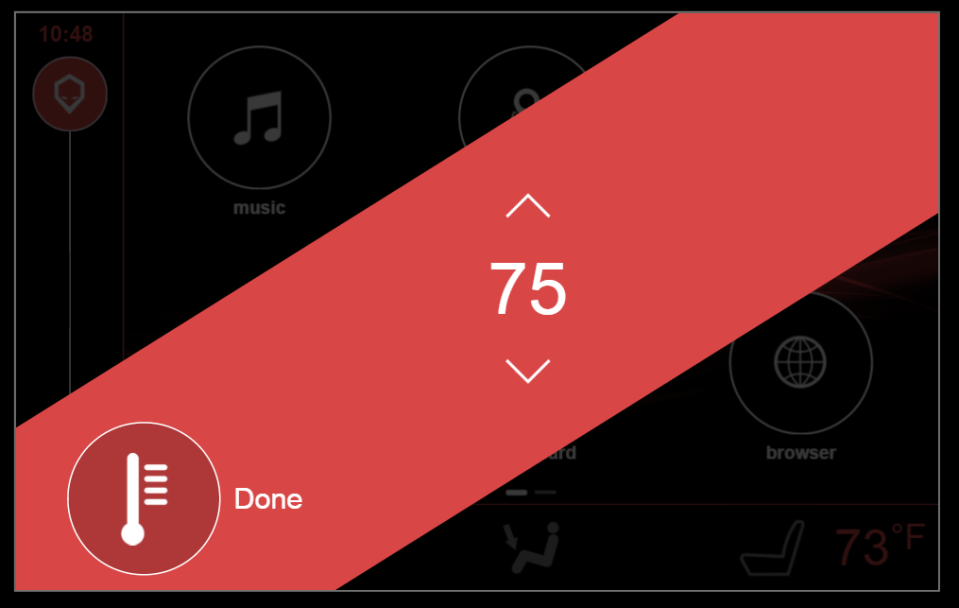 But there are also those of us who still like to slide our fingers over physical controls to make our adjustments. For those drivers we want to provide the ability to perform these common tasks using some simple physical buttons.  Our goal is to design a set of buttons that look great, but at the same time are not over stylized where they would look out of place in your vehicle.  A tricky task but we’re willing to give it our best shot 🙂

We’ve been working on a universal “belt” of buttons that will accompany our 10.1″ display and will be positioned based on factors such as ergonomics, ease of reach and the constraints of the size and shape of the target dashboard.

This belt allows us to explore different ways of sculpting buttons into the dashboard design and also have a unique look.  We’re closing in on our final design of the button belt, but we still have a few tweaks to go on the dashboard design lines for the existing 05-07 WRX/STI 10/1″ trim.

We’re currently in the middle of revising the line above the button belt to be more of a single swooping line across the top of the buttons to better match the lines of the bottom of the screen. We wanted to post up some of the early renderings to give you a better idea of the revision process we go through when incorporating the button belt into the Brainiac trim pieces. 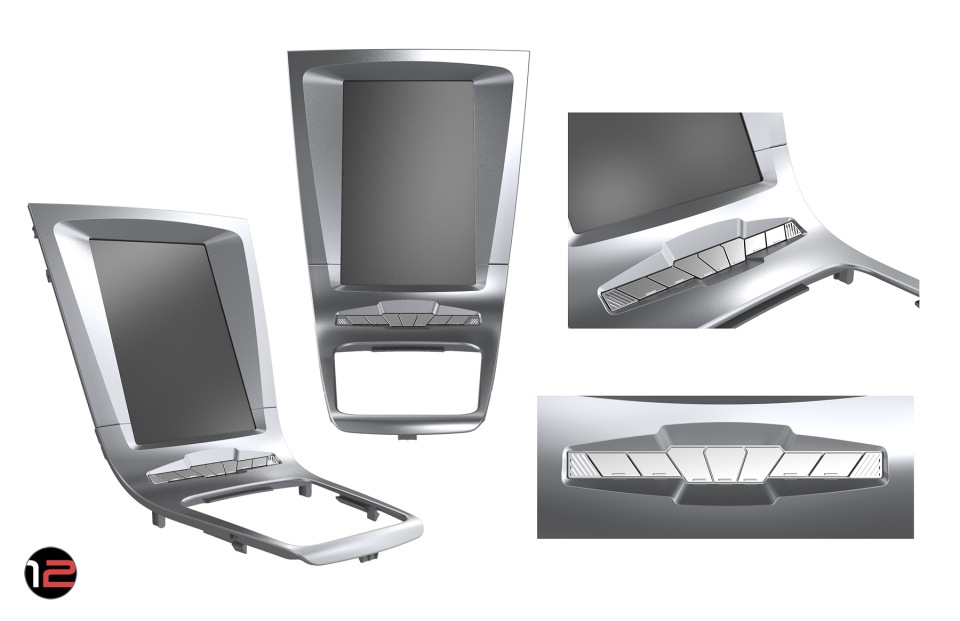 We’ll be sure to post updates as we revise the design and also take some more photos of the prototype revision 3 plastics.  We find it really helps to bring things out of the virtual 3D world and into our physical world to really get the feel of the product 🙂