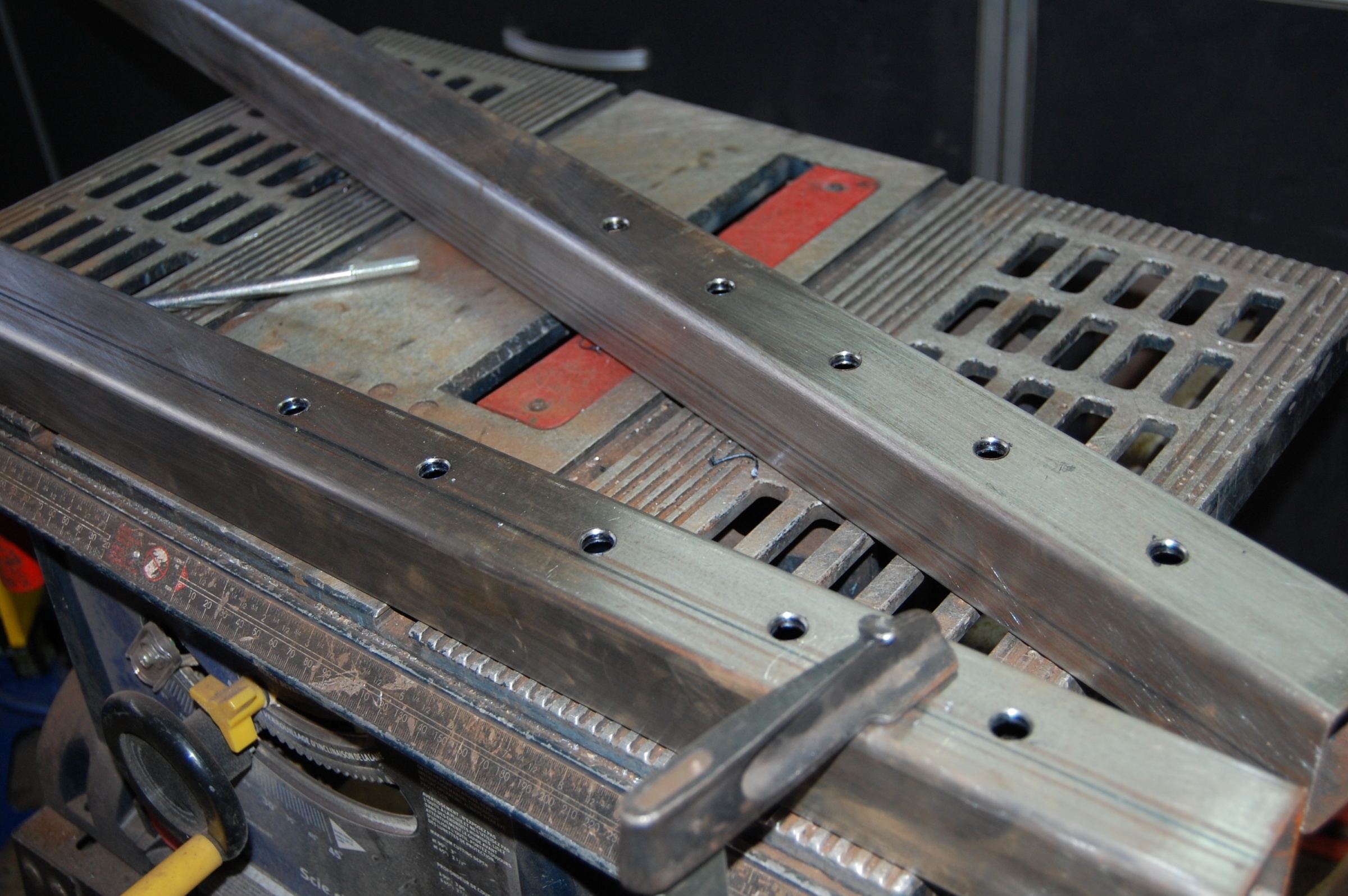 Yesterday afternoon I was able to get a start on the rig that will hold the dashboard in place while fabricating the enclosure for the new dashboard screen. I wanted to create a reusable rig that would allow me to load up different dashboards for fabrication as needed. I had a bunch of 2×2 steel left over from the BatBerry chassis which worked out really well.

First step was reclaiming the steel by sanding off all the rust that had accumulated from it laying on concrete.  These are always the nasty parts of fabrication.  The ones where you end up with blistered fingers and dust all over you.  But you just suck it up and don’t think about how long it’s going to take, just work away at it.  Before you know it, it’s over and you can move on 🙂 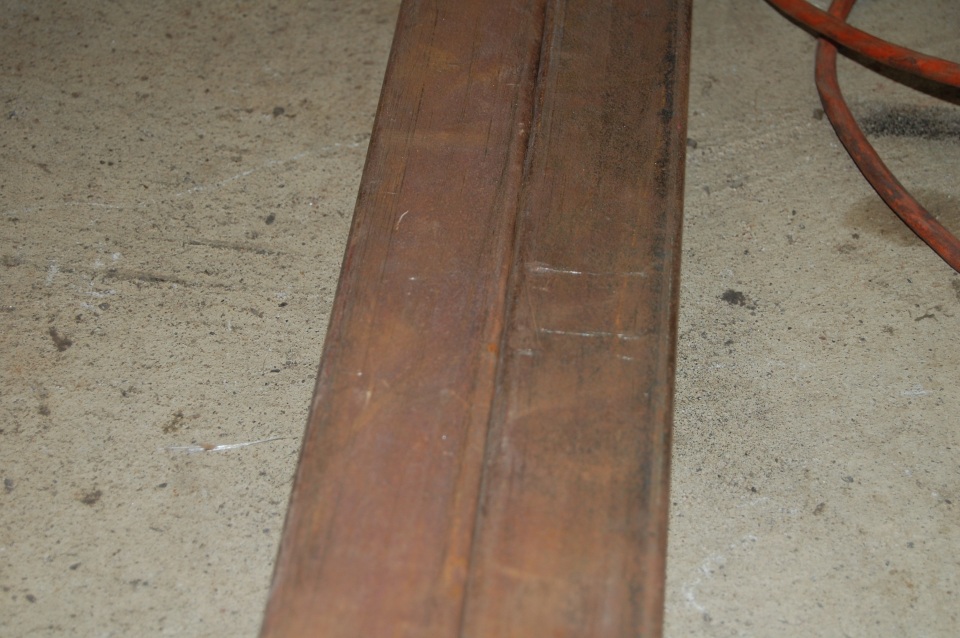 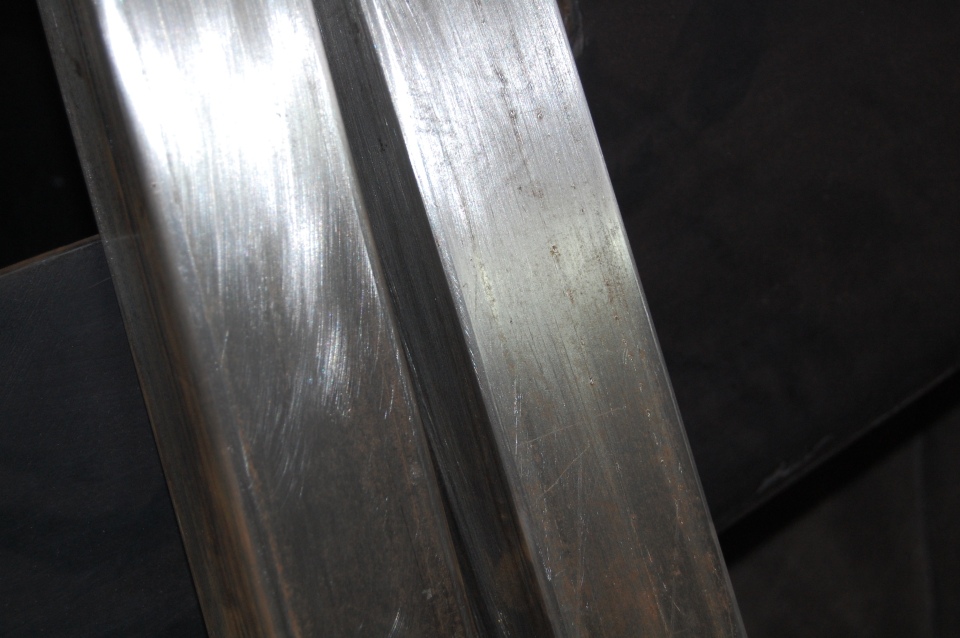 My design idea’s similar to that of an engine stand.  A base consisting of couple of “feet” that are long enough so that the weight of the dashboard won’t tip over the rig, and also setting the dashboard back a bit so that the weight will stay over the center of the base.  Stretching up from the base will be two stands that are drilled with multiple evenly spaced holes to allow for an adjustable height.  A mechanism much like a jack stand. 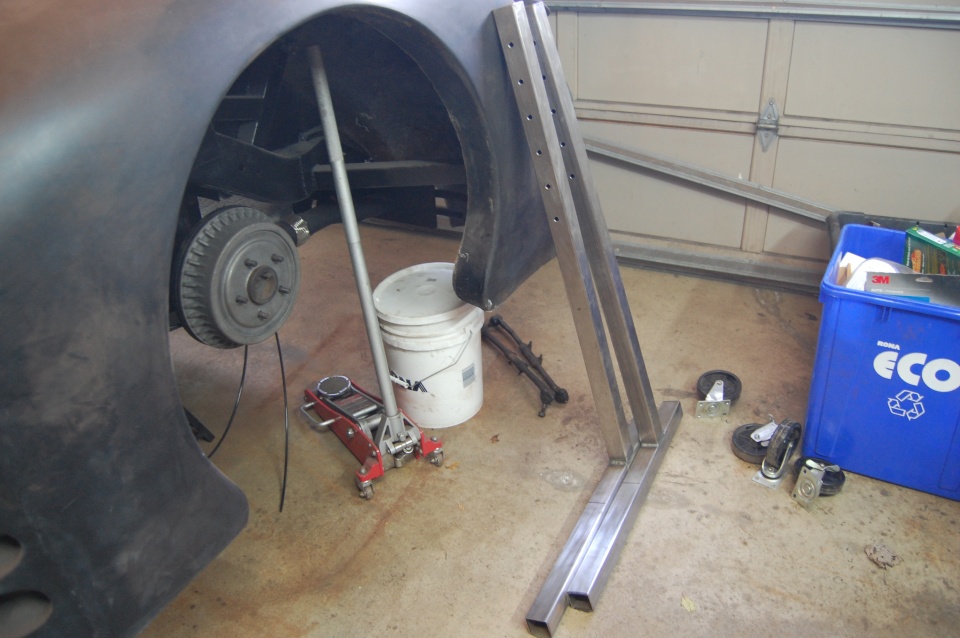 These feet were then joined by another center bar to connect them together.  I wanted to make sure that the center bar was long enough so that I didn’t feel cramped between the two feet while working on the dashboard.  To help hold things in place while welding the center piece I clamped another piece of steel to the top vertical bars to keep everything square.  I also had some old lockable caster wheels laying around so I added them to the bottom of the feet to allow me to roll the rig back out of the way when I’m done working with it. 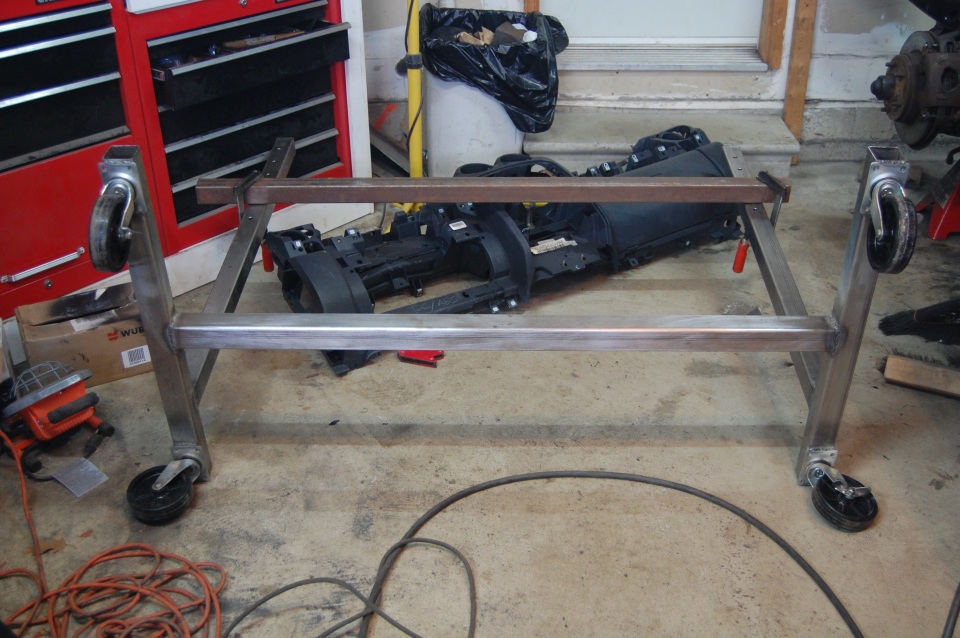 Once everything was welded I started work on the rack bar that will be used to connect to the back of the dashboard.  I ended up re-using the bar which assisted me in keeping everything square while welding.  This bar was marked and drilled so that its holes would line up with the ones on the vertical supports. 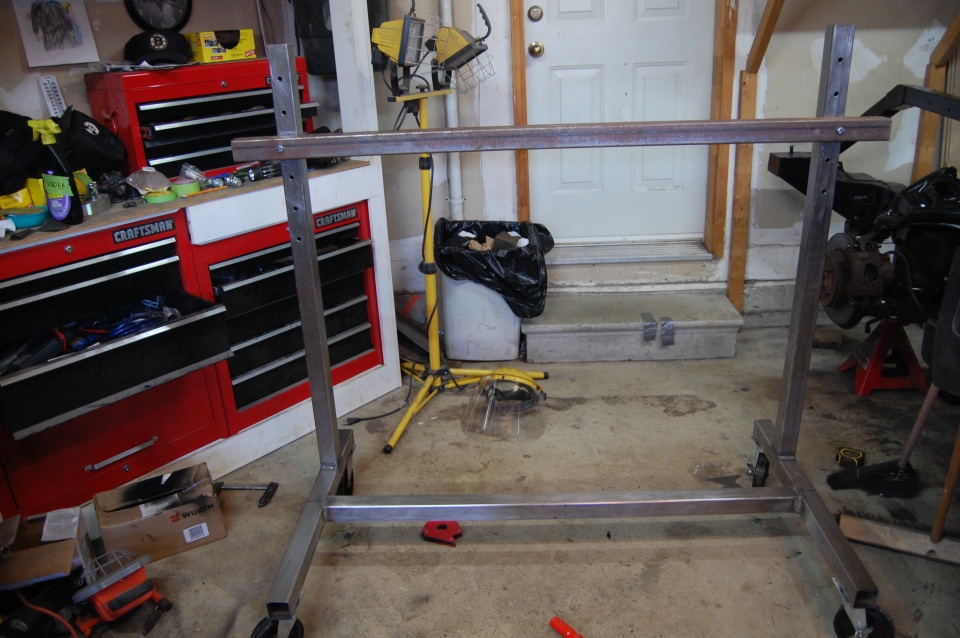 From there it was back to sanding the new top rack bar to get all of the old rust off of it.  The goal is to re-use this bar for every dashboard and have supports created for each style of dash which will bolt onto the bar.  That hopefully should create a nice strong support to hang a dashboard on while fabricating a screen enclosure.  You can see from the picture below the general location of where it will connect to the dashboard for the first prototype Jeep. 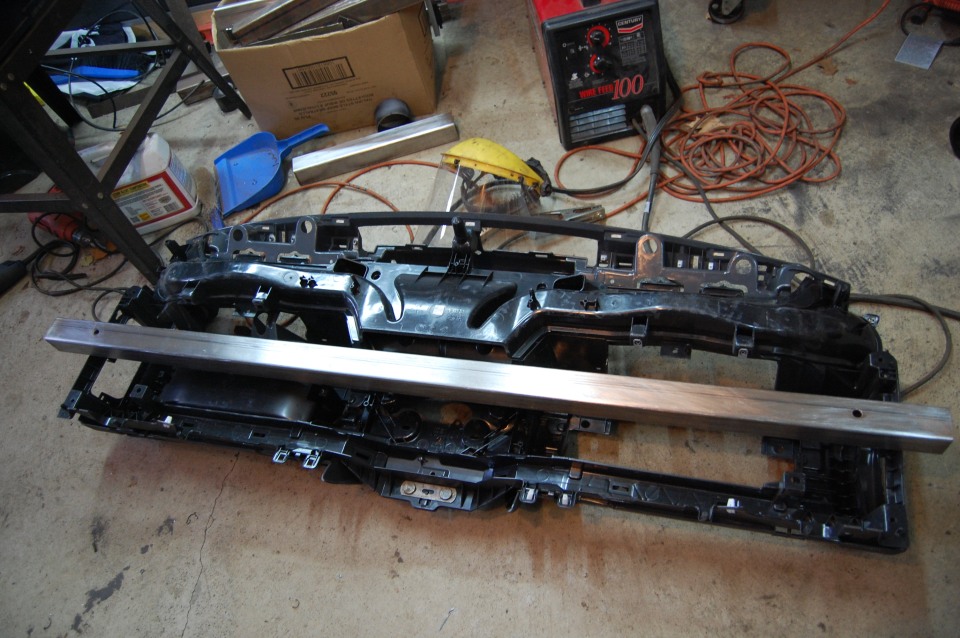 Next will be creating the Jeep’s specific dashboard mounts to secure it to the rack bar.  That shouldn’t be a terribly difficult task, it will just take some time to figure out where the weight will need to be supported so that it doesn’t bounce while working on it 🙂