First off, happy New Year to everyone! I had the good fortune of a New Years Eve arrival of a new part to play with.  It was the dash trim piece and spare climate control unit for a 2002-2007 Jeep Liberty.  This piece will be modified so that I can build a housing on top of it for the new touch screen as well as act as the base for the rest of the trim which will also re-route the center air vents.

This spare climate control unit is slightly different than the current one from the Jeep being used as the proof of concept.  This new one has a few more vent settings on it.  After looking at it a little more I realized that the unit that’s currently in the Jeep has added smarts in its inner circuitry to turn on the AC when the temperature dial moves into the cold area.  This spare unit appears to be older and has explicit on/off settings for the AC.  So it appears as though they started making the climate control a little smarter as the production years progressed.  But all of the connectors are the same, they just have different internal circuitry. 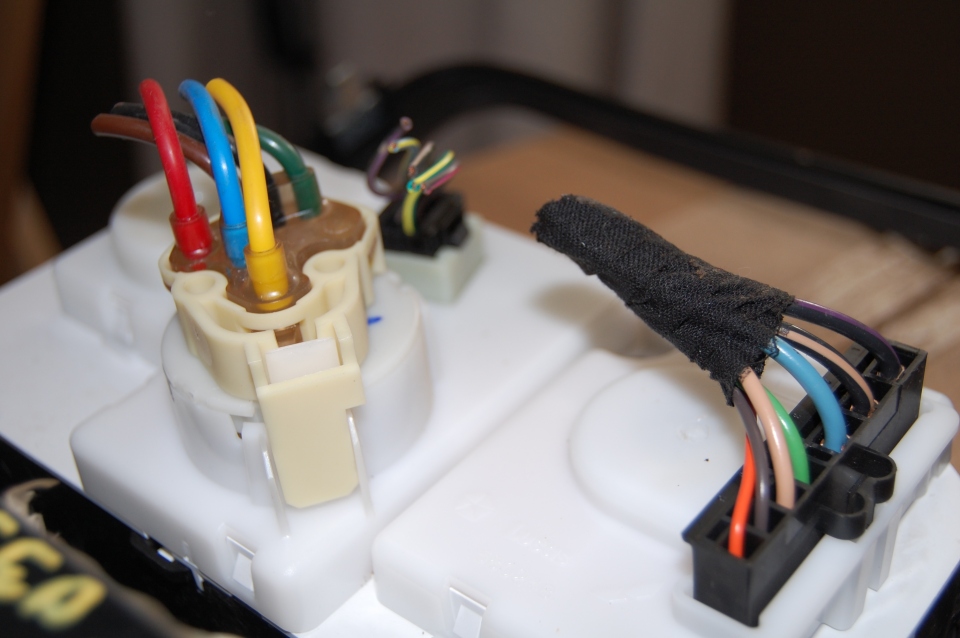 It’s also nice that this spare unit has some cut off pig-tails of the connectors so that I know what everything looks like without having to open up the dashboard of the vehicle.  I always find it interesting how they used to use vacuum lines as a way of opening and closing circuits.

The reason why I wanted the spare trim piece was that I wanted to use the existing factory connection points for the new fabricated trim pieces without having to drill or cut the dashboard.  By modifying an old trim piece as the base, I save myself a lot of trouble trying to get things to fit properly.

Now I’m waiting for my mock-up dashboard to arrive along with the touch screen that I’ll be using for this project.  I’ve also been trying out some prototyping tooling called NOODL to start and pull together what the user experience will be like.  I’m not quite ready to record the software in action just yet, but I’ll start revealed that experience over the next little while.